An excerpt from the upcoming Chesty McBookerton novel, Seduction in the Stacks: Tales of a Bacardi Librarian

Chesty delicately slipped the latest bound collection of the Horn Book Guide back onto the shelf between its compatriots. As she reached up to adjust the plain beige bookends to firmly tighten the shelf's tomes, the top button on her self-knitted sweater burst from her chest, her ample cleavage surging forth like water threatening to topple a dam. The button, in its aerial bid for freedom, hurtled through the empty space amidst the shelves, into the adjacent aisle, before coming to a sudden stop.

"Ow!" came a voice. Shortly thereafter, a ruggedly handsome face poked around the corner. "Yours, I presume?" asked the gentleman to which the face came attached, holding the button gently between his thumb and forefinger. He seemed to be winking at her, but Chesty soon realized the button had fired from her breasts straight into his eye.

"Sorry," she replied nervously, taking the button from him. Their fingers met; his felt coarse, the fingers of a man whose livelihood came from his hands.

"No problem," he assured her. "After all, it gave me an excuse to talk to you." At that remark, his face turned slightly sheepish.

She gazed into his eyes, the deep and penetrating eyes of a longshoreman, or perhaps a cattle farmer of some kind. "I'd wondered what you were doing amidst the library journals," she said. "Could I--?" She paused, swallowing, nervous. "Could I help you find something?"

His eyes faltered, his line of sight dipping toward her bust. "I think I've found it," he told her, taking her waist into his strong, rough hands, and lowering his perfectly-stubbled face toward her smooth and waiting one.
Posted by Bill Reed at 5:46 PM 1 comment:

In which Bill pitches his latest book idea

What Bill's thinking/watching/reading/writing/doing. This is the shape of my head.

//What Is Pop? by Colin Smith. Why aren't comics pop anymore? That's it, Colin. Get angry.

Competency and caution is the name of the game in 2011, with occasional brilliant exceptions and pathetic collapses of craft serving to make the sub-genre at times seem more dynamic than it is. Mostly, I read unambitiously well-structured and utterly predictable stories written for the trade. Often this means that I'm paying for complacent rubbish churned out by folks who surely should know better, but who apparently don't, although they do produce a story in the requisite number of pages. I read stories written by folks with no apparent concept of the genre's long history and the skills developed by generation upon generation of comic book professionals, but who know how to tell a four issue arc perfectly adequately, as if creating comics was a mechanical rather than a creative endeavour. I experience page after page of shoddily designed and executed storytelling, packed with money-shots of be-muscled costumes and porn-actress "super-heroines" parading as if their function is as masturbationary aids for young prospective metrosexuals prevented by their parents from using a search engine and the "start private browsing" button on the family computer. I see not Pop, but aspects of exploitation and complacency which could be fascinating if they were part of a brilliant creation rather than lazy unquestioned examples of shallow thinking and practise.

//The Spaces Between Stars by Warren Ellis:

//Lois Lane, Girl Reporter - a pitch by Dean Trippe and friends. I would buy this. Is anyone listening? I am far from the target audience, but I can tell from the pitch that this is a caring, considered thing that would open up new doors for new audiences into our little world, and it needs to happen.

Kirby, a veteran of World War II who had nightmares about the horrors he saw for the rest of his life, created a mythology where there's no such thing as a god of war, because the very act of war itself is a losing proposition. Orion himself refers to it as "packaged murder," and at best, it's shown to be a regrettable necessity that can never truly be won through the temporary solution provided by, but by eliminating the root causes of hatred and fear.

//Remake/Remodel is Aquaman for HBO, so of course I loved it. (Pia Guerra; Craig Payne) 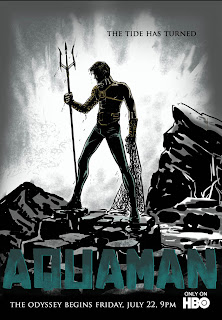 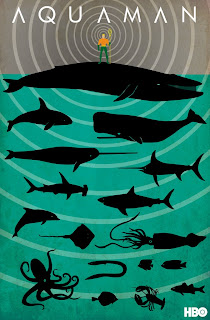 I throw up a little in my mouth

every time someone says "I threw up a little in my mouth."

Real men (and ladies) go the whole hog and full-on vomit. That's the way it's done.

Bill Reed
Bill Reed has a BA in English - Creative Writing, and an MSLS in Library Science. He likes words. Give him a job.